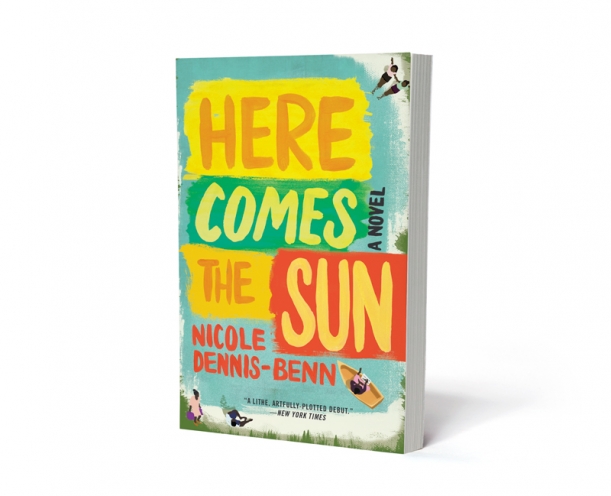 "One of the most stunningly beautiful novels in recent years"(NPR.org)—now in paperback.

"Impossible to forget. . . . Dennis-Benn's writing is as lush as the island itself."

"Here Comes the Sun is tough, beautiful, and necessary, and it feels like a miracle."

"A riveting story. . . . Read it to catch a new talent in ascendancy."

"Here Comes the Sun is a crucial book that demands attention. May this brave storytelling shine a bright path for those who follow."

"Stuns at every turn."

In this radiant, highly anticipated debut, a cast of unforgettable women battle for independence while a maelstrom of change threatens their Jamaican village.

Capturing the distinct rhythms of Jamaican life and dialect, Nicole Dennis-Benn pens a tender hymn to a world hidden among pristine beaches and the wide expanse of turquoise seas. At an opulent resort in Montego Bay, Margot hustles to send her younger sister, Thandi, to school. Taught as a girl to trade her sexuality for survival, Margot is ruthlessly determined to shield Thandi from the same fate. When plans for a new hotel threaten their village, Margot sees not only an opportunity for her own financial independence but also perhaps a chance to admit a shocking secret: her forbidden love for another woman. As they face the impending destruction of their community, each woman—fighting to balance the burdens she shoulders with the freedom she craves—must confront long-hidden scars. From a much-heralded new writer, Here Comes the Sun offers a dramatic glimpse into a vibrant, passionate world most outsiders see simply as paradise.

Nicole Dennis-Benn has received fellowships from Hedgebrook, MacDowell, Lambda, and the Sewanee Writers Conference. Her work has been published in the New York Times, the Huffington Post, Lenny Letter, Elle.com, and elsewhere. Born and raised in Kingston, Jamaica, she lives with her wife in Brooklyn, New York, where she teaches writing.